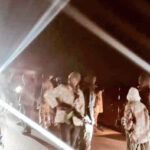 ISIS terrorist organization has claimed responsibility for the attack that targeted Tariq bin Ziyad Brigade of the Libyan National Army (LNA) on Monday.

The Brigade was targeted with an explosive device in the Umm al-Aranib town in the South (Fezzan) at dawn yesterday, which led to killing one of its soldiers.