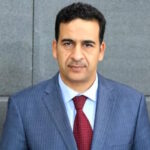 Amendment of Law 2 on granting lifelong political passports to members of the Libyan Parliament, their wives and children, had been issued by the former Speaker-Designate, Fawzi al-Nuwairi, and bears his signature, media sources reported.

Speaker of the Parliament, Aqila Saleh, and many MPs are unaware of the law amendment, where they heard about it on Tuesday through the media, according to the sources.

0 0
Previous : ISIS claims responsibility for attack on LNA forces
Next : Libyan Wings Airlines to suspend flights in few weeks due to bankruptcy