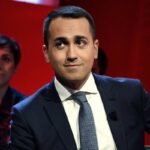 Libya is central point for stabilizing all of the Mediterranean, says Italian FM

“Libya is the central point for the stabilization of the whole Mediterranean,” Italian Foreign Minister Luigi Di Maio said on Saturday.

Speaking at the Italian conference ‘What Unites Us’, Di Maio explained that “what Italy did was trying to reach a peace process to have a single government”, adding that the formation of Libya’s Government of National Unity is “a starting point” towards stabilization.

The Italian chief diplomat also criticized the 2011 NATO military intervention in Libya that toppled the regime of late ruler Muammar Gaddafi; and blamed it for the current chaos in the country.

“The decision to bomb Libya in 2011 was wicked and insane,” he said. “[It] created a country divided into many parts and a hell of terrorist cells”.