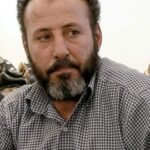 A Libyan member of parliament has expressed doubt over whether Prime Minister Abdul Hamid Dbeibeh and his cabinet would attend the upcoming parliamentary questioning.

Speaking to a local TV channel on Sunday, Abdel Moneim Bouhassan called on the House of Representatives to introduce a no-confidence motion against the government, if Dbeibeh and his cabinet fail to attend the questioning.

The Libyan MP accused Dbeibeh of overriding the state budget and spending funds on expenditures that “helped flourish the Turkish economy”.

Bouhassan also said that he will raise in tomorrow’s parliamentary session the allegations of bribary against Dbeibeh and members of the Libyan Political Dialogue Forum (LPDF).

0 0
Previous : 1625 people test positive for Coronavirus, 25 others dead in Libya
Next : Tunisian and Libyan extremists are connected, says LNA Spox