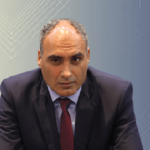 Mabrouk al-Kabeer, a member of parliament, accused the government, led by Prime Minister Abdul Hamid Dbeibeh, of exploiting the needs of Libyan people for the sake of promoting the premier’s own political campaign.

Al-Kabeer also claimed that the government has failed to accomplish the goals which it set out to achieve, and called for forming a new government.

He highlight that constitutional declaration gives legal authority to the parliament to form a new executive authority.

0 0
Previous : Italian companies urged to resume projects in Libya
Next : US Ambassador: Elections are best hope for ensuring Libya’s sovereignty and security