Intisar Schneib, Chairman of the House Committee for Woman and Children Affairs, has accused the Governor of the Central Bank of Libya (CBL), Saddek Elkaber, of failing to authorize disbursement of funds allocated for the treatment of 9 children, who died recently of cancer in Benghazi.

In a statement released on Sunday, Schneib said that Elkaber’s actions led to the death of those children and warned that they are other children who are facing “the same tragic fate if their treatment costs were not disbursed”.

The Libyan lawmaker called for an investigation into the death of the 9 children. She also urged all “relevant official bodies to take necessary procedures against anyone who failed to perform their duties towards those children”. 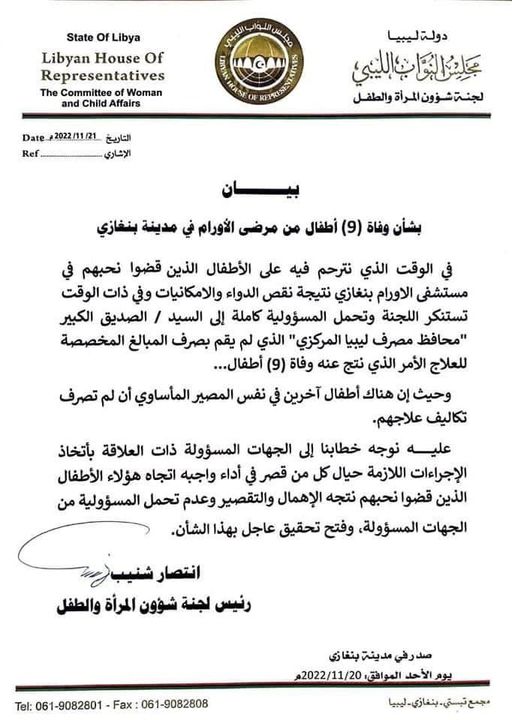