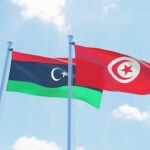 Director of the Health System Response Monitoring Office at Ras Jedir Libyan-Tunisian border crossing, Mukhtar al-Mansoori, has announced that a ministerial meeting would be held between Libya and Tunisia in preparation for the resumption of movement between the two countries.

Al-Mansouri said in press statements that the meeting would be held on the Tunisian side to agree on the health protocol and make final arrangements.

He expected the crossing to be officially reopened within two days after the agreement, stressing that the arrangements from the Libyan side were ready.