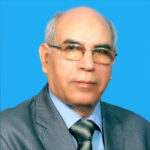 Member of the Libyan House of Representatives (HoR), Mohammed al-Abani, considered the tribe would remain a major part in supporting any election candidate who belongs to it, as it is the pillar of the country’s social system, pointing out that there are other factors that play important roles in supporting candidates, such as political money, understandings of the parties and political forces behind the scenes, as well as the role of foreign interventions.

Al-Abani reviewed in press statements on Tuesday the political role played by the tribes, starting with their participation in defeating Italian colonialism, supporting the independence stage, and King Muhammad Idris al-Senussi taking over the rule of the country in 1951, noting that the late leader Muammar Gaddafi had deliberately bought the loyalty of the tribes with money early on, but in the end he did not benefit from that, as most of the tribes later sided with the February 17, 2011 revolution.