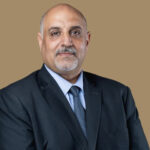 Fakher Boufarna decided on Saturday to resign his position as Libya’s minister of planning serving under the government of outgoing premier Abdul Hamid Dbeibeh.

Boufarna announced his resignation in letter addressed to the Speaker of House of Representatives Aguila Saleh, of which The Libya Update obtained a copy. 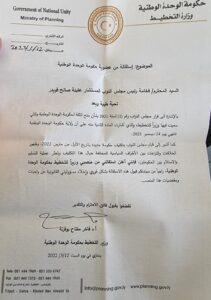 Citing the House’s decision to form a new government, the Libyan minister urged the House to “immediately” accept his resignation and recuses him from legal responsibility.

Boufarna joins the ranks of other members of Dbeibeh’s government who left the cabinet despite the outgoing premier’s refusal to handover power.

0 0
Previous : Bashagha: We avoided war by not entering Tripoli
Next : Dbeibeh and Bashagha to meet in Turkey on Sunday, Italian press reports