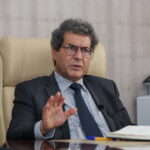 The Ministry of Oil and Gas of the Government of National Unity has denied the reports relating to the alleged evacuation of the U.S. company Halliburton from the country.

The ministry’s press office said Halliburton is continuing its normal work in the Libyan oil sector, adding that it is “a large company with extensive experience that manages its operations in a professional manner.”

Earlier, former head of the Libyan Investment Authority, Mohsen Dreijeh, reported that Halliburton would be urged to leave Libya immediately and minimize staff. The researcher and political activist Mohammed Eljarh, citing “sources on the ground”, he in turn reported on Twitter that “Halliburton employees in western and eastern Libya were told to leave immediately and ordered to leave their equipment at the sites.”

1- Sources on the ground have confirmed to me that staff of oil services giant #Halliburton in western and eastern #Libya have been told to evacuate immediately, and ordered to leave their equipment/tools on sites. The exact reasons are not known. #OOTT