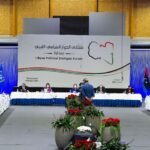 The Libyan Political Dialogue Forum (LPDF) will discuss on Wednesday, August 11, the outcomes of its Proposals Bridging Committee and “next steps following the conclusion of the Committee’s deliberations”, announced the United Nations Mission in Libya (UNSMIL) on Thursday.

The LPDF Proposal Bridging Committee was able to present four proposals for the constitutional basis of the election on December 24, but it failed to reach a compromise on a single proposal. As a result of this, the UNSMIL revealed two days ago that LPDF will decide on a proposal via vote.

In a letter addressed to LPDF members, the U.N. Envoy Ján Kubiš said the Proposal Bridging Committee recommended that the LPDF decides on the four proposals “on the basis of a vote to be conducted in two rounds with a 61% threshold for a proposal to be adopted in the first round.”

“I therefore wish to invite you to a virtual plenary meeting of the LPDF on 11 August at 10:00 am, where the sponsors of the four proposals will introduce and explain them, and to decide on the next steps which can lead to inclusive elections within the timeline prescribed by the LPDF Roadmap.”

UNSMIL will facilitate a virtual meeting of the Libyan Political Dialogue Forum (LPDF) on 11 August to consider the outcomes of the LPDF's Proposals Bridging Committee (PBC) and the next steps following the conclusion of the Committee’s deliberations..https://t.co/ujJr55QJTI pic.twitter.com/nIVJpO1sQB