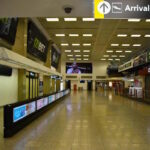 Times of Malta newspaper said it was informed that the suspects were being held at the police’s Financial Crime Investigation Department.

They are expected to be charged on Saturday evening.

In a statement, the police said it had seized two luxurious vehicles, €100,000 in cash, a considerable amount of jewellery and branded clothing, foreign number plates, and electronic equipment, which includes mobile phones and computers.

The investigations were carried out in coordination with a number of foreign jurisdictions, including the US, the UK, Italy and Europol.

The case revolves around a cluster of some five Malta-registered companies which the group controls.

Police received intelligence that the suspects would routinely move large sums in cash out of the country via Malta International Airport.