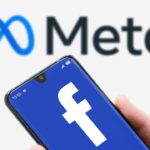 The detailed report by Meta Platforms on Coordinated Inauthentic Behaviour (CIB) said in 2021 they had “removed 52 networks that originated in over 30 countries, where the majority of influence operations targeted domestic audiences in their own countries.”

In Turkey, Meta Platforms said it “removed 41 Facebook accounts, 133 Pages, three Groups and 14 Instagram accounts.” It said they originated primarily in Turkey and “targeted people in Libya.” It added that is found this network as part of its internal investigation into the suspected CIBs in Libya “connected to prior reports of impersonation”, and that they “linked this activity to the Muslim Brotherhood’s affiliated Libyan Justice and Construction Party.”

The report said that “people behind this activity used fake accounts — some of which were detected and disabled by our automated systems — to post and manage Groups and Pages, including those that purported to belong to public figures and organizations in Libya, including an airport, government entities, a former prime minister, politicians, journalists and activists. Some of this network’s Pages were disabled for impersonation and other violations.”

It added that the “individuals behind this activity posted in Arabic about news and current events in the region, including the delayed elections and criticism of the rise of women in politics, society and the media.”

It explained that this “network created Pages, purporting to be run by female public figures to make inflammatory statements on their behalf. They then would use their other Pages to point to these fictitious comments to criticize them, likely to encourage harassment.”

The report said although the people behind it attempted to conceal their identities and coordination, “we found links to the Muslim Brotherhood’s affiliated Libyan Justice and Construction Party.”