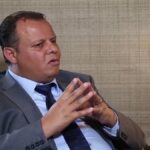 Not naming a defense minister would create crisis in passing budget, says MP

Talal Al-Maihoub, a member of Libya’s House of Representatives, said on Saturday that the future defense minister must be named by the Libyan National Army (LNA), warning that there will be a crisis regarding passing the budget if no defense minister was named.

Abdul Hamid Dbeibeh, the Prime Minister of the Government of National Unity, currently serves as the acting defense minister due to dispute among the country’s warring parties over this position.

Al-Maihoub, who also chairs the House Defense Committee, told the Russian news agency Sputnik that the current arrangement is complicated because the House does not trust Dbeibeh with regards to matter related to the LNA.