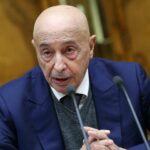 A new, parallel government could emerge in the east of Libya if the upcoming general elections in December were to be delayed, warned Aguila Saleh, speaker of the House of Representatives.

“If the elections are delayed, we will go back to square one,” Saleh told Reuters on Monday, warning that the country would back to regional division in executive authority similarly to how it was before the formation of the Government of National Unity, led by Abdul Hamid Dbeibeh, earlier this year.

Saleh said he did not want to see further division, but he noted that the new interim government had failed to unify Libya’s institutions and had become a “Tripoli government”.

He called on Dbeibeh’s government to take care of the obligations of the two dissolved governments.