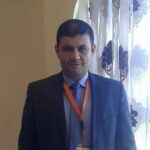 The budget bill is likely to be approved by the House of Representatives in today’s session, said Member of Parliament Adnan Al-Shaab, who also noted “the attendance yesterday exceeded one hundred representatives.”

“It is likely that the budget will be approved by the representatives who attended,” Al-Shaab told the press on Tuesday. “In previous years, [budgets were] approved in the presence of 30 and 40 representatives, depending on the circumstances.”

The Libyan MP said he does not expect “the electoral districts clause to be discussed today”, adding that the parliament will discuss law on election of president instead.

0 0
Previous : Libyan official kidnapped by unknown armed group in Tripoli
Next : Libyan MP calls for presidential election to be held through 3 electoral districts