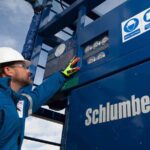 The oil services company Schlumberger intends to drill 13 exploration wells off the coast of Libya, as part of the expansion and development of its activities that the international company is conducting in the Libyan territories, according to a press report.

Schlumberger has reportedly begun work on the new wells located in the oases and in the Sirte basin to increase production capacity and improve performance.

The French company recently introduced new technologies to Arabian Gulf Oil Company’s fields, which have helped raise its production to over 3,000 barrels per day.