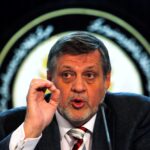 The United Nations Mission in Libya (UNSMIL) said on Monday that it will provide technical support and advice to the House of Representatives and the High National Elections Commission (HNEC) during ongoing consultations in Rome about developing draft electoral laws, which are taking place 26-29 of July.

In a statement released today, the U.N. Mission said that it accepted the invitation of the House to provide support to the work of the House Committee, established pursuant to the parliament decision 42 of 7 July 2021.

This special committee is tasked in with drafting electoral laws after the Libyan Political Dialogue Forum (LPDF) failed to reach agreement on the constitutional basis for the December elections.

The Mission urged the HoR and the HCS to act in goodwill towards these objectives and to coordinate in line with the relevant provisions of the Libyan political agreement.

UNSMIL statement on the meeting of the House of Representatives Committee in Rome: https://t.co/cOkV5E7OuB pic.twitter.com/IKnb9YtZWg

0 0
Previous : Dbeibeh, US officials discuss trade and bilateral economic cooperation
Next : Schlumberger plans to drill 13 exploration wells off the coast of Libya