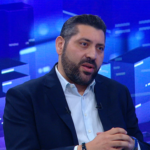 Member of the Libyan Parliament Ziad Daghim commented on the statement of Cyrenaica officials that denounced Prime Minister Abdul Hamid Dbeibeh’s policies, stressing that there had been a series of steps since a while towards escalation and the loss of the gains that had been achieved, especially after the Libyan Political Dialogue Forum (LPDF) meeting and its success in forming a single authority in the country.

Daghim, who is also a member of the LPDF, said in press statements that there were “features and evidence of what we are reaching today.”

“55 members demanded of holding an emergency session, but the Mission did not respond and went left and right,” he stressed.

“Now we have a package of unilateral actions and great complications that are not only threatening the elections, but rather the political process” Daghim added.

It is noteworthy that Deputy Prime Minister Hussein Al-Qatrani concluded on Sunday a meeting with Cyrenaica-based government officials, after which, a joint statement was issued accusing Prime Minister Abdul Hamid Dbeibeh of violating the Libyan political agreement and the Geneva ceasefire deal and marginalizing Cyrenaica.

UNSMIL said on Sunday it took note of the issues set out in the statement of Cyrenaica region officials called on the Government of National Unity (GNU) to address them without delay.

The Mission called on all parties in Libya to engage in direct and constructive dialogue to resolve all arising concerns and to continue to adhere to LPDF’s Roadmap.