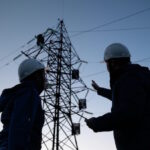 Date: Wednesday, August 3, 2022
87 Views
To help with increase in electricity demand, USAID teamed up with the General Electric Company of Libya (GECOL) to develop an operational plan for stabilizing the national grid and aligned it with the Libyan Emergency Grid Stabilization Program, an international multi-donor initiative led by USAID, according to US Embassy in Libya.
The plan enhances service performance by using techniques like fair and equitable load shedding at the municipal level so that power service is fairly interrupted for short, scheduled periods; and negotiating arrangements with large power consumers to spread their activity to off-peak hours, the Embassy said in a statement on Wedensday.
In the first quarter of 2022, GECOL improved generation production output by 13.35 percent compared to the same period in 2021, the statement pointed out.
This summer, the power grid is facing additional stresses from high temperatures. In response, USAID is conducting workshops to help national grid operators address gaps in supply and effectively transfer power between the eastern and western wings of the national electricity grid, it added.
Tags:GECOLLibyaUSAID