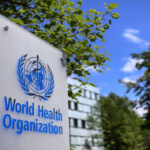 WHO expresses concern about COVID situation in China

Dec 21 (Reuters) – The World Health Organization is concerned about a spike in COVID-19 infections in China and is supporting the government to focus its efforts on vaccinating people at the highest risk across the country, the head of the UN agency said on Wednesday.

Infections have recently spiked in the world’s second-largest economy and projections have suggested China could face an explosion of cases and more than a million deaths next year.

“The WHO is very concerned over the evolving situation in China, with increasing reports of severe disease,” Director-General Tedros Adhanom Ghebreyesus told reporters.

The comment comes as the German government confirmed it has sent its first batch of BioNTech COVID-19 vaccines to China to be administered initially to German expatriates. (Reporting by Manas Mishra and Nandhini Srinivasan in Bengaluru; Editing by Shounak Dasgupta)