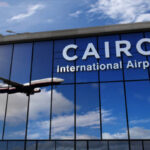 Egyptian authorities are preparing to reopen Cairo International Airport to Libyan flights, after being closed for years, as Libyan airlines used to use Borg El Arab Airport in Alexandria, an informed source told the Libya Update.

It is noteworthy that Field Marshal Khalifa Haftar, the Libyan National Army’s General Commander, and the Speaker of the House of Representatives (HoR), Aguila Saleh, arrived on Tuesday in Cairo, where they held talks with Egyptian President, Abdel Fattah Al-Sisi, and his Intelligence Chief, Abbas Kamel, according to brief statement by the Egyptian presidency.