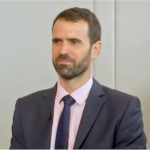 The European Union’s Spokesman for the Middle East and North Africa, Luis Miguel Bueno, stressed the need to hold the December elections on schedule, in accordance with the UN roadmap, reiterating the EU’s intention to impose sanctions on those obstructing the electoral process.

Bueno explained, in statements to “Sky News Arabia”, that the European Union has adopted a legal framework to impose sanctions on persons and entities obstructing the elections, based on UN Security Council Resolution No. 2571 of 2021.

The European Union spokesman confirmed the support of the High National Electoral Commission, with a project worth 11 million euros, through which it provides technical support and capacity building, in addition to the union’s readiness to mobilize all resources to assist Libya during what he described as a complex process.