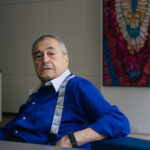 High-powered American Democratic lobbyist and political operative Tony Podesta has returned to currying influence under President Joe Biden’s administration and is growing his slate of lobbying clients, most recently registering as a foreign agent working to further the interests of Libya’s government, said the Washington-based Open Secrets organization.

Doing business as Podesta.com, Podesta contracted with Tala Elemary Consulting, a Dubai-based consulting firm paid and directed by the Libyan government. The contract, signed by Podesta on April 13, notes that “fees will be negotiated within 30 days”, according to the Organization, which tracks data on campaign finance and lobbying.

Foreign agent registration records indicate that Podesta’s services will “include lobbying US Government Officials in the White House, Congress, as well as the US Media, to maintain political gains in Libya on behalf of Client, promoting a constitutional basis for elections in 2022″, Open Secrets reported.

Under the contract, Podesta will “purposefully liaise with appropriate US Government Departments and Agencies” to “enhance clients interests in the leadership in Libya”, it added.