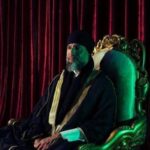 In the first comment from the International Criminal Court on the appearance of Saif Al-Islam Gaddafi, the spokesperson for the ICC, Fadi Al-Abdullah, confirmed the continued demand for his arrest.

In press statements on Friday, Al-Abdullah denied the validity of what was reported about Gaddafi’s change of legal status with the ICC, stressing that no new decision was issued regarding him, and that his legal status is still the same with the existence of an arrest warrant against him on charges of committing war crimes during the 2011 events in Libya.

The son of the late leader Muammar Gaddafi had announced from his headquarters in the town of Zintan his intentions to return to political life, in his first media appearance since 2011.