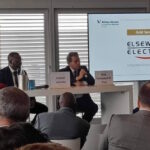 The Libyan government is working on a plan for the development of renewable energy to tap the potential of solar and wind power in the North African country, said the oil and gas minister in the Libyan outgoing government.

The plan is being devised by the Ministry of Oil and Gas and the government has already launched initiatives in the area of solar and wind energy, Mohamed Aoun said earlier this week at the German-African Energy Forum in Hamburg.

Aoun’s statement comes after French multi-energy group TotalEnergies SE signed in May a preliminary agreement with power producer General Electricity Company of Libya (GECOL) for the implementation of a 500-MW solar project in the north of the country.

The solar park will be set up in the northern region of As-Saddadah and will be the first of a series of renewable energy projects that will be realized in the country to support its public power supply.