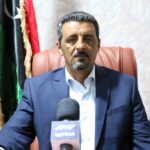 A Libyan member of parliament died in a car crash on Sunday evening, near Tamimi area in western Tobruk, the House of Representatives announced last night.

Faraj Bouhashem, who represented Marj District, died in the crash while another person was injured, according to a brief statement by the House spokesman Abdullah Blehaq.

Blehaq did not disclose the cause of the accident or whether there were other human casualties.