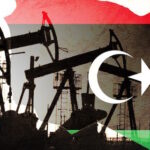 This comes while oil prices stabilized Thursday as the OPEC+ producing group raised the prospects of curbing oil supplies, while the prospects of an agreement that may return Iranian oil exports subject to sanctions to the market were affected.

0 0
Previous : Libya NOC: One dead, one injured in explosion at Zueitina oilfield
Next : Dbeibeh “on the lookout” for any tampering with Tripoli security