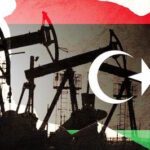 The National Oil Corporation (NOC) announced Monday that Libya’s production of crude oil amounted to one 1.22 million barrels on Sunday, with an increase of 1,000 barrels compared to the production of the day before.

The corporation reported that condensate production was 53,000 barrels on Sunday.

The rise was affected by expectations that OPEC would cut production if necessary to support prices, in addition to the events in Tripoli the past two days, as well as increased demand amid high natural gas prices in Europe, to compensate for the poor outlook for growth in the United States.

0 0
Previous : Libya records 17 new cases of COVID-19
Next : First military investment conference to be held in Benghazi on September 4