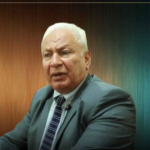 Member of the National Security Committee of the Libyan House of Representatives (HoR), Ali al-Tikbali, said that 1,500 ISIS elements have entered a neighboring Arab country after completing their training in Libya. He revealed that 75 others are currently being trained in Libya by Ansar al-Sharia and the Benghazi Shura Council.

“Leaders of the Muslim Brotherhood organization enabled ISIS to be present in all the North-Western cities in Libya, especially in Sabratha and al-Zawiya,” the Tripoli representative added in press statements.

“Their numbers are increasing, and they are close to declaring their Islamic state in the country,” He told the Egyptian newspaper, Al-Dustour.

0 0
Previous : New German ambassador presents his credentials to Libya Foreign Minister
Next : Mangoush dismisses Libya’s ambassador to the US