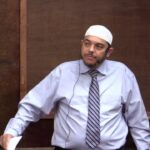 The Libya Stabilization Act, which the U.S. House of Representatives passed in early September, would be used as “a tool to exclude Field Marshal Khalifa Haftar from the political scene and punish him”, a member of the Muslim Brotherhood said on Saturday.

Esam Omeish, who chairs the Brotherhood’s branch in the U.S., told reporters that the American law will be enforced before the Libyan elections on December 24 to prevent Haftar from running for president.

However, Omeish underplayed the alleged memo sent by Prime Minister Abdul Hamid Dbeibeh to Foreign Minister Najla Mangoush, in which he accused Haftar of forging a document related to his case before U.S. court.

“The judge says that it is difficult to ascertain whether or not this document is authentic so she will leave it aside,” he said. The Muslim Brotherhood leader claimed that, instead, the judge will seek to subpoena to testify.

Dbeibeh to discredit Haftar in US court, leaked memo says