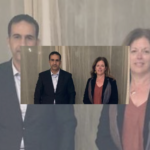 Libyan parliament delegation to participate in Cairo talks on elections

Libya’s House of Representatives has confirmed that it will take part in the talks scheduled in Egypt on May 15 with the aim of agreeing the constitutional provisions necessary to bring Libya to the elections national “as soon as possible.”

This was stated by the U.N. Advisor on Libya, Stephanie Williams, after a meeting with Faouzi El-Nuweiri, the deputy speaker of the House, on Thursday night.

“During our meeting, Mr. Nuweiri confirmed that the HoR would be holding a session under his auspices in the coming days,” Williams said via Twitter on Friday.

“He also confirmed the HoR’s commitment to taking part in the second round of meetings of the Joint HoR/HCS Committee in Cairo on 15 May, with the aim of agreeing the necessary constitutional arrangements for taking Libya to national elections as soon as possible,” added the U.N. diplomat.

1/3 Last night in Tripoli I met with Mr. Faouzi el Nuweiri, First Deputy for the House of Representatives (HoR), to brief him on my recent trips to various European capitals to discuss current events in Libya. pic.twitter.com/uJnobsQFfC

0 0
Previous : UN says next round of Libyan elections talks is on May 15 in Cairo
Next : US and Italy “working closely” to address Libya’s political situation