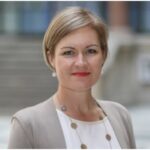 The Guardian: UK ambassador to Libya accused of violating diplomatic norms and interference

Libya’s political crisis has taken on an increasingly international dimension after the UK was accused of defending corruption and interfering in internal processes by calling for the interim government to remain in power pending the rescheduling of delayed elections, reported the Guardian.

The country’s first presidential elections, scheduled for 24 December, were postponed at the last minute, largely because fierce disagreements over who should be allowed to stand had not been resolved.

On the day the vote should have taken place, the UK in Libya Twitter account published a message saying it continued to recognize the interim government of national unity “as the authority tasked with leading Libya to elections and does not endorse the establishment of parallel governments or institutions”.

In response, the foreign affairs committee of the House of Representatives, Libya’s parliament, accused the UK ambassador, Caroline Hurndall, of violating diplomatic norms and unwarranted interference. The committee said only the House of Representatives could decide on the role of the interim government. Some Libyans went further, calling for Hurndall to be expelled.

Fathi Bashagha, a presidential candidate and former interior minister, said: “Corruption is leading Libya to bankruptcy. We want to ask Britain a question: why does the British government apply the best anti-corruption standards in its country, and want to protect corruption in Libya? Why is Britain defending the government and financial institutions in Libya?”