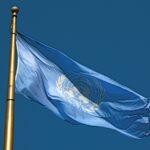 The United Nations Economic and Social Commission for West Asia (ESCWA) unveiled on Saturday a “Vision for Libya: towards prosperity, justice and strong State institutions.”

This vision was developed within the framework of the Libya Socioeconomic Dialogue Project and funded by the German Federal Ministry for Economic Cooperation and Development (BMZ), according to a statement from the Commission.

The project was carried out in partnership with the United Nations Economic and Social Commission for Western Asia (ESCWA) and the Deutsche Gesellschaft fur Internationale Zusammenarbeit (GIZ) and with the support of a Libyan consulting group.

“The Libya Socioeconomic Dialogue is purely Libyan project in all aspects: institutional, academic, advisory, technical and in the dialogue itself,” ESCWA said in a statement.

According to the U.N. agency, this vision constitutes “the first phase of the project, providing informed options for strategic policies with the aim of moving from the logic of rent-seeking, exploitation and fragmentation to a state of institutions that follow the principles of justice and equity, universal rights and fundamental freedoms within a productive, diversified and renewable economy that establishes a peaceful and prosperous society.”

“The formulation of this vision was based mainly on open discussions among Libyans through the ESCWA platform”, the statement said.

“These discussions were spread over 8 open virtual dialogue sessions attended by 262 Libyan participants and broadcast live via social media, reaching more than 38,760 viewers who interacted through comments and shares,” it said.

The project team also provided an opportunity for Libyans to express their opinions in writing, through eight surveys that included questions related to the topics raised in each dialogue session.

More than 850 written contributions were received and used in preparing and drafting the vision.

“Peace in Libya will also result in significant gains in growth, employment and investment for countries neighboring Libya, namely, Algeria, Egypt, the Sudan and Tunisia,” it said.

“Peace in Libya will end a destructive conflict that has come at such a high cost for human life and progress, and will subsequently promote the return of security and order throughout the country.”

“Peace will limit the significant cost of the conflict for the Libyan economy and society. The resulting gains can be invested in meeting the needs of the Libyan economy, thus allowing the country to strive towards achieving the SDGs.”

The war has caused a significant loss of economic potential in Libya, estimated at 783.2 billion Libyan dinars from 2011 to the present day. The conflict has affected all aspects of economic life in the country.

It has negatively affected the macroeconomic aspects of the economy with a significant drop in growth, marked by high volatility. Moreover, there has been a sharp fall in government revenues, expenditure and investment.

The conflict also affected productive sectors that experienced a significant drop in their activities, including the hydrocarbons, construction and agriculture sectors.

0 0
Previous : HoR to discuss Parliamentary Election Law on Monday
Next : Al-Dargash: Elections will fail if Haftar and Saif al-Islam run for office