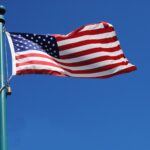 Any obstruction of Libya elections will be met with sanctions, US warns

New York – The United States said it is “imperative” that Libyan leaders take the necessary steps to hold presidential and parliamentary elections on December 24, 2021, warning that whomever attempts to obstruct those elections could face sanctions.

The remarks were made on Friday by said Scott Turner, the Deputy Political Coordinator of the US Delegation to the UN, who spoke during the Security Council’s Arria-Formula meeting on Libya.

“It is important to note that anyone who obstructs or undermines the elections planned for in the LPDF roadmap may be subject to sanctions,” said Turner.