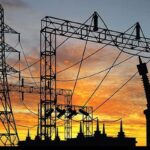 Egypt plans to increase the capacity of its power grid interconnection with Libya to 2,000 MW, according to Minister of Electricity and Renewable Energy Mohamed Shaker.

In an interview with Daily News Egypt, the minister said that the basic capacity of the line amounted to 100 MW at a voltage of 220 kV, and the capacity was increased in January 2020 to 150 MW.

He explained that Egypt also proposed increasing the voltage of the interconnection with Libya from 220 to 500 kV to accommodate the increased capacities, as a first stage to complete the electrical linkage between North African countries in full.

Shaker added that increasing the capacity of electrical exchange with Libya requires many measures and expansions in the coming period, and that the state plans to up the Borg El-Arab Entertainment and Marsa Alam transformer stations’ voltage to 500 kV.