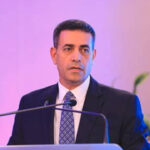 Head of the Libyan High National Elections Commission (HNEC), Imad al-Sayeh, said Monday that the rulings issued by the judicial appeal committees were not consistent with the provisions of Law No. 1 of 2021 regarding the conditions for candidacy.

In a speech before the House of Representatives (HoR), Al-Sayeh stressed the need to consider the appeals mechanism through a committee of HNEC and jurists.

He indicated that 12 cases of fraud in the files of candidacy for the presidential and parliamentary elections were referred to the Attorney General.

HNEC Head stated that the total of judicial appeals against the decisions of the Commission amounted to 154, of which 139 appeals were judged.