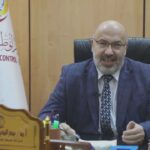 The number of COVID-19 cases recorded in Libya in the last 24 hours is a “dangerous and unprecedented indicator”, said Badr Al-Din Al-Najjar, the Director of the National Center for Disease Control (NCDC).

Al-Najjar told a Libyan media on Friday that the country’s western region is witnessing a large wave of infections with Coronavirus, and the situation in the southern and eastern regions is “relatively stable”.

“The health isolation centers are operating at maximum capacity as a result of the high number of daily infections,” he said. However, he stated that “the epidemiological situation in general is still under control”.

The NCDC director said he expects the arrival of new shipments of vaccines, after which a campaign would be launched to “intensify the vaccination process, especially in the affected cities.”