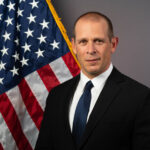 US State Department: Turkey and Russia must remove fighters out of Libya

Samuel Werberg, a spokesman for the U.S. State Department, said on Saturday that the presence of foreign forces and mercenaries in Libya is the biggest obstacle to the peace process in the country, calling on Turkey and Russia to withdraw their fighters.

He told a local Libyan media outlet that it is difficult for the Libyan parties to focus on the preparations for the upcoming general elections in December with the presence of mercenaries, militias, and foreign forces.

“For the United States, the most important thing is the withdrawal of foreign forces from Libyan territory,” he said.

Regarding the U.S. support for the Libyan elections, Werberg said that his country will “work closely with the United Nations and with our other partners and allies in Europe and elsewhere to support all possible efforts to achieve successful elections.”

“The United States calls on all foreign parties not to take any step against the elections,” he said.

“These elections must not be delayed because we know that the Libyan people, after years of war and mass destruction deserve security, prosperity, freedom and democracy now, and elections are the means to this end,” the American diplomat added.