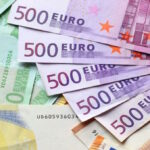 Times of Malta newspaper has revealed details of the seizure of 51,000 euros in cash with 4 passengers, including a Libyan, on their way to the Turkish capital, Istanbul.

The report indicated that last month, Maltese Customs officials intercepted more than 51,000 euros in cash during the checks of people leaving through the airport.

The report quoted a statement published by the Maltese Customs Administration Tuesday that “a total of 51,988 euros in unauthorized cash was discovered at Malta International Airport in October.”

The report added that the money was intercepted in 4 separate cases involving a Russian traveler, two Ukrainians and a Libyan, all of whom were on their way to Istanbul.

It pointed out: “The Customs said that all passengers were offered an out-of-court settlement, which they agreed to, and a fine was imposed on them.”

“Since January 2022, Maltese customs have intercepted around €750,000 in unauthorized cash in 52 separate cases,” the report concluded.