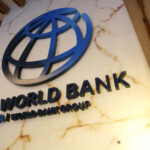 Libya is projected to record a GDP growth rate of 78.2% in 2021 if the presidential and parliamentary elections and the reunification of public institutions proceed, and oil production persists, the World Bank said.

In its latest economic update for Octoberm, the Wold Bank hailed the “significant progress” made in Libya towards ending its decade-long conflict and moving towards reunification in 2021.

“This resulted in a strong rebound of oil production and economic activity, and a consequent upswing in fiscal, trade, and current account balances,” the international financial institution said.

Fiscal data for the first seven months of 2021 reveals total expenditures of around LYD 31 billion ($6 billion) and total revenues of 40.6 billion LYD ($8 billion). These figures, which imply a budget surplus for the period, contrast sharply with the large fiscal deficit record- ed in 2020 (64.4 percent of GDP).

According to the World Bank, the ease of servicing state liabilities has increased as well in 2021 “as liabilities are denominated in LYD (the official exchange rate depreciated by almost 70 percent in early 2021) whereas the vast majority of government revenues are sourced from oil ex- ports denominated in US$.”

The bank pointed out that challenges with organizing national elections for December 2021 raise the specter of a deteriorating political and security situation which would threaten progress towards peace and recovery. However, if the elections take place on time, the bank projects that trade and current account balances will record double digit surpluses as a share of GDP.

“The fiscal balance may record a surplus, as well, given the strong rebound of oil production and exports and following the devaluation of the currency (which has reduced the cost of financing public sector salaries and goods and services using dollar-denominated oil revenues),” the World Bank said.

“This, however, will depend on whether there are any major deviations in spending patterns compared to the first half of the year,” it added.

Any adverse impact of the COVID-19 pandemic on the global economic outlook and in turn global oil prices, would have a major impact on the Libyan economy, as would a worsening of the epidemiological situation in the country, it said.

0 0
Previous : Dbeibeh to discredit Haftar in US court, leaked memo says
Next : LPDF member: Dbeibeh is threat to Libya