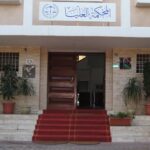 “The General Assembly of the Supreme Court decides to reopen the constitutional chamber, which pledges to the Libyans that it will not take sides with any of the parties and that it will raise the status of the country and the established constitutional principles and rules,” Al-Hafi.

The Constitutional Chamber of the Supreme Court is the body authorized to adjudicate cases and appeals of a constitutional and legal aspect. Its work has been suspended since 2016.

It also specializes in adjudicating cases and disputes over laws, legislation and decisions issued by the executive and legislative authorities, as well as any violation or challenge to the constitutional declaration, according to the law of its establishment.