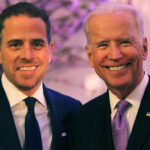 Hunter Biden, the son of U.S. President Joe Biden, requested an annual retainer of $2 million in exchange for recovering billions in Libyan assets frozen by the Obama administration, a report by Business Insider reveals.

The American news website obtained emails, which date back to 2015 and 2016, showing Biden’s son and a donor for the Democratic Party negotiating the Libyan assets deal.

The first email, dated January 28, 2015, was sent from Sam Jauhari, the Democratic donor who was helping spearhead this deal. It was addressed to Sheikh Mohammed al-Rahbani, another Obama campaign donor involved in the proposal. In the email, Jauhari is frank about what Biden would bring to the table, and what he says Biden wanted in return:

“Per phone conversation I met with #2 son. He wants $2 per year retainer +++ success fees. He wants to hire his own people – it can be close circle of people for confidentiality. His dad is deciding to run or not.”

“His positives are he is Chairman of UN World Food Program, son of #2 who has Libya file, access to State, Treasury, business partner SofS [Secretary of State] J. [John] Forbes K [Kerry] son and since he travels with dad he is connected everywhere in Europe and Asia where M. Q. [Muammar Qaddafi] and LIA [Libya Investment Authority] had money frozen. He said he has access to highest level in PRC [China], he can help there.”

“His negatives are that he is alcoholic, drug addict – kicked [out] of U.S. Army for cocaine, chasing low class hookers, constantly needs money-liquidity problems and many more headaches.”

“We should meet in Gstraad or London to decide next steps.”

Two people close to the negotiations told Business Insider that the “$2 per year retainer” mentioned in the email meant $2 million.
“My recollection was that anything that had to do with Hunter started at $2 million,” a sourced told Business Insider.
Jauhari and his partners, according to other documents obtained by the American website, expected to pocket as much as 5% of whatever sanctioned money they could free up for Libya. That meant a possible payday in the hundreds of millions. It’s unclear whether any “success fees” for Biden would have been pegged in some way to those proceeds.

The second email, dated February 26, 2016, indicates that the talks with Biden continued into the following year. In it, Jauhari and al-Rahbani receive a report by John Sandweg, a Washington lawyer who had served as acting director of Immigration and Customs Enforcement under Obama. Sandweg had reached out to Biden’s team about the Libya deal:

“I spoke with HB’s team yesterday. They are interested in the project, but emphasized that for them to get involved, the team (lobbyists, lawyers and PR) would need to be a small group of folks they have a tight relationship with. They do not want a large group involved and they only want people with whom they have a close relationship with due to the sensitivities surrounding their involvement.”

Sandweg, who at the time was working at a law firm called Frontier Solutions, confirmed that he was in touch with one of Biden’s associates about the project. “They indicated they would consider it and I passed the message back,” he told Business Insider. “Jauhari wound up hiring a different law firm instead.”

Neither Jauhari nor an attorney for Hunter Biden responded to Business Insider’s requests for comment. The White House declined to provide a statement. Martin Auerbach, an attorney for al-Rahbani, said his client “has no recollection of seeing those emails contemporaneously” and “knows to a certainty that he never spoke to and has no recollection of talking about Hunter Biden.”

The American website stated that “it appears from the new emails that the Libya deal was never consummated”.