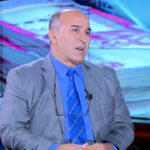 The state budget proposed by the Government of National Unity, which is worth 111 billion Libyan Dinars ($24 billion), could increase inflation rate in Libya, warned Musbah Akkary, a member of the Central Bank’s Exchange Rate Adjustment Committee.

Speaking to press reporters on Saturday, Akkary criticized the size of the budget, particularly the government’s decision to raise salaries of public sector employees, which he says would harm the economic reform measures taken by his committee.

“It is not possible to deal with state affairs with emotions,” Akkary explained.” Yes, there are segments of state employees that need a salary increase, but after extensive study, the gradual exchange rate reduction, opening financial clearing for private banks and reforming the tax system were all found to be much better and would reduce the cost of high salaries”.

Akkary said he is “extremely pessimistic” about the prospects of the proposed budget, warning that it could endanger the Libyan economy.

0 0
Previous : Algeria, US agree on need for unified Libya with no foreign interference
Next : GNU support for Turkey would bring Libya back to war, says MP