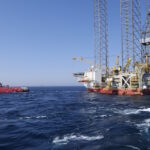 Royal Dutch Shell is reportedly planning to develop new oil and gas fields and infrastructure in Libya to tap into the country’s vast oil and gas resources.

The plan, which has been discussed with the state-run National Oil Corporation (NOC), would mark the firm’s re-entry into the country after an almost decade-long hiatus following the political unrest in the country, according to Offshore Technology magazine.

Shell is exploring new projects to maintain output in the country as the reserves in their existing fields have dropped due to slow drilling activity.

As a part of the new Libya plan, Shell is considering creating new oil and gas fields in blocks offshore the Cyrenaica basin and onshore the Sirte and Ghadames basins.

The firm is also planning to develop new fields in the Ain Jarbi block, and re-develop aging fields, including block NC-174 in the Murzuq basin.

According to sources, Shell’s board may approve the proposed Libya plan within a few months.

Additionally, Shell is planning to develop oil storage terminals in the Mediterranean ports of Es Sidr and Ras Lanuf.

Other firms, including TotalEnergies, Italy’s Eni, and ConocoPhillips, are also working in Libya’s oil and gas sector.